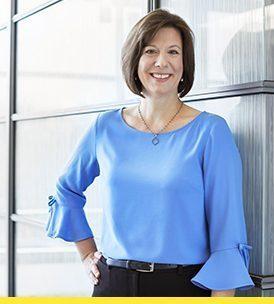 Jill Conwell joined Idera as Senior Vice President, Human Resources in February 2015. In February 2020, Ms. Conwell additionally assumed responsibility for Investor Relations & Corporate Communications. Prior to joining Idera, she served as Senior Human Resources Director at Shire Pharmaceuticals, where she partnered with business leaders in many segments of that company in aligning their organization strategy, structure, and plans with the overall business strategy.  Prior to joining Shire, Ms. Conwell held roles of increasing responsibility at Accenture in that company’s Health & Life Sciences Consulting practices and with MacDermid, Inc. 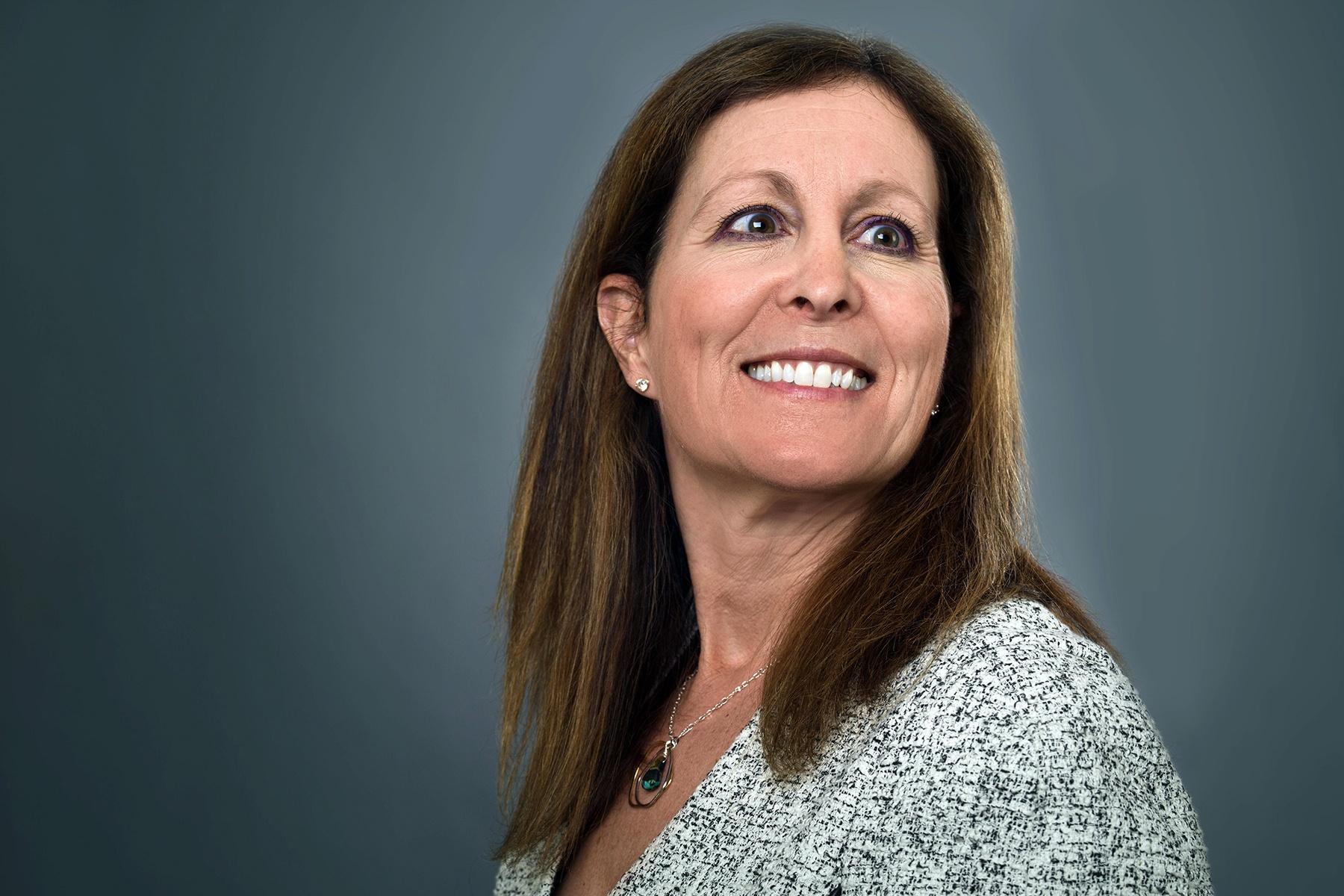 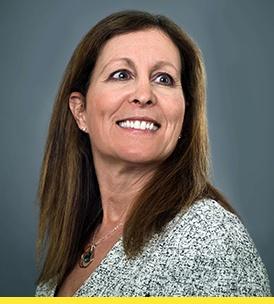 Elizabeth Eberhardt joined Idera in January 2020 and is Senior Vice President of Product Leadership. Prior to joining Idera, she held senior leadership positions in program management at Tmunity Therapeutics, Trevena, Inc. and, until its acquisition by Shire, ViroPharma Incorporated. Throughout her career, she has advanced multiple drug candidates through all phases of development and commercialization. She also has extensive experience in leading global product teams, specialty project teams, and strategic alliances. Ms. Eberhardt continues to have a strong commitment to the mentorship of aspiring leaders in her organizations. She graduated magna cum laude from East Carolina University with a Bachelor of Science in business administration. 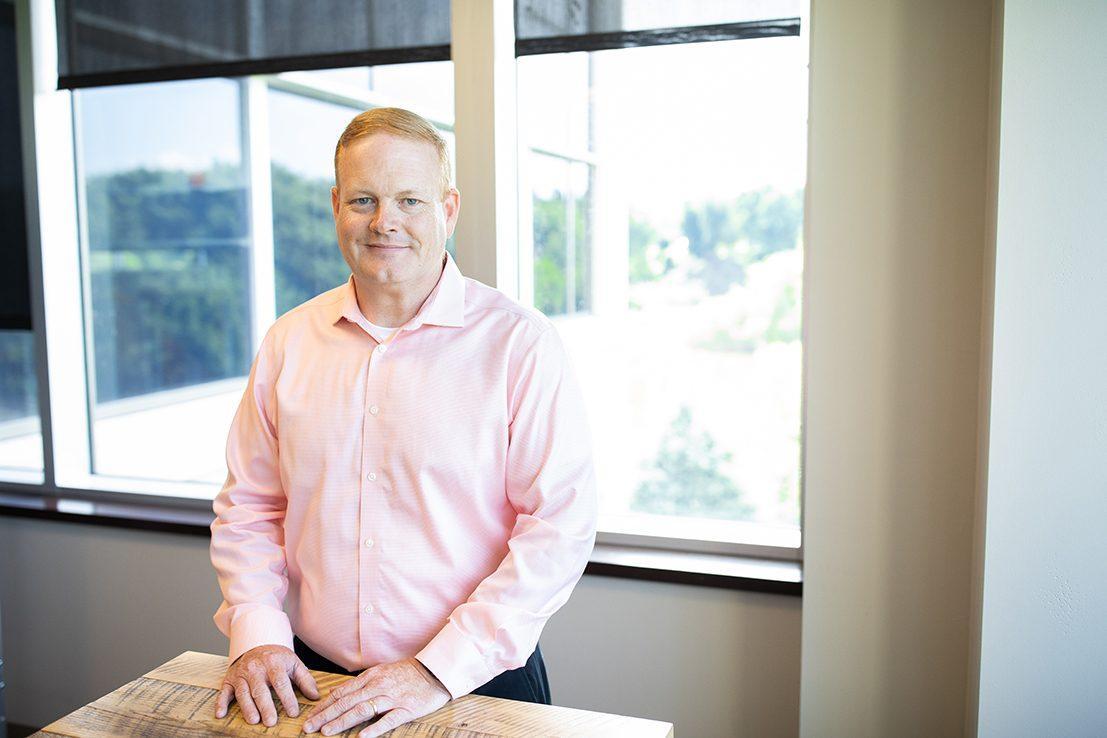 John Kirby joined the company in 2015 and was appointed Chief Financial Officer in July 2019.  Before joining Idera, Mr. Kirby served as Assistant Controller at Endo Pharmaceuticals.  Prior to joining Endo, Mr. Kirby served as Vice President, Chief Accounting Officer and Corporate Controller at ViroPharma Incorporated. Mr. Kirby began his career at KPMG, LLP and served as a Regional Audit Director at AstraZeneca Pharmaceuticals prior to joining ViroPharma. Mr. Kirby received his Bachelor of Science from Villanova University and is a licensed certified public accountant. 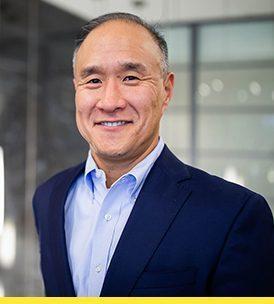 Bryant Lim joined Idera in September of 2018 as General Counsel and Secretary of the Board of Directors.  Prior to joining Idera, Mr. Lim served as Vice President, Assistant General Counsel of Incyte Corporation.  Prior to Incyte, Mr. Lim held roles of increasing responsibility at ViroPharma Incorporated, Merck & Co., Inc. and Morgan, Lewis & Bockius, LLP.  Mr. Lim began his legal career as a law clerk for a federal judge. 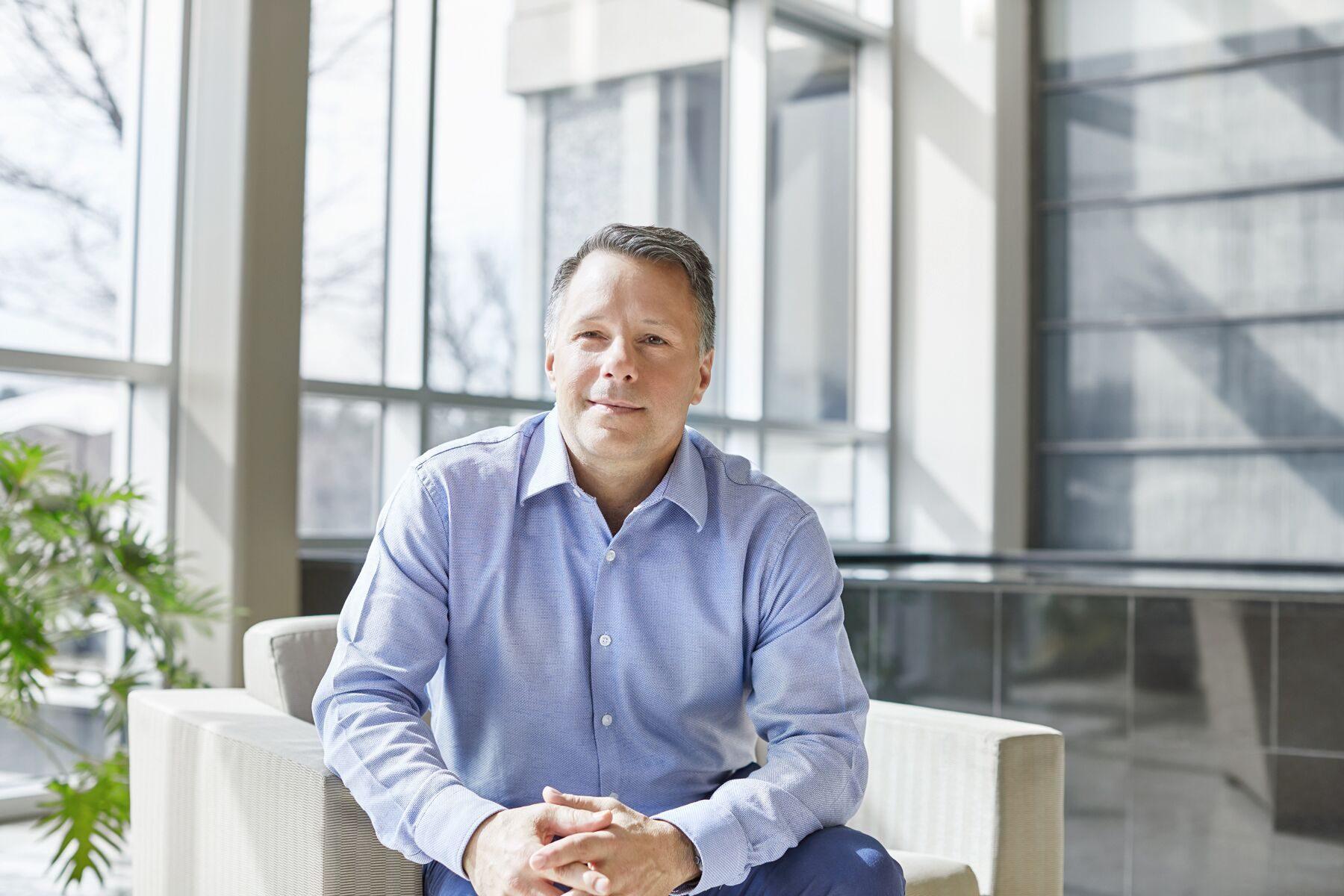 Vincent Milano joined Idera as Chief Executive Officer in December 2014. Mr. Milano most recently served as Chairman, President, and Chief Executive Officer of ViroPharma, which was acquired by Shire Pharmaceuticals in January 2014. Under his stewardship, ViroPharma became a leading developer of innovative therapies for rare diseases, with the approval and commercialization of its lead product, Cinryze, for the treatment of hereditary angioedema in the United States and Europe. Mr. Milano joined ViroPharma in 1996 and served as Vice President, Chief Financial Officer, and Treasurer from 1997 to 2006 before becoming Chief Executive Officer. He was instrumental in building the company, including leading efforts to raise nearly $900 million in capital, as well as acquisitions of Lev Pharmaceuticals and the drug Vancocin from Eli Lilly. In addition, he played critical roles in business development and investor relations activities for ViroPharma, and contributed significantly to establishing the strategic focus of the company. Prior to joining ViroPharma, he served as a senior manager at KPMG LLP, an independent registered public accounting firm.

Mr. Milano currently serves on the Boards of Directors of VenatoRx Pharmaceuticals and Aclaris Therapeutics and is the Chairman of the Board for Life Science Cares Philadelphia. He received his Bachelor of Science degree in accounting from Rider College. 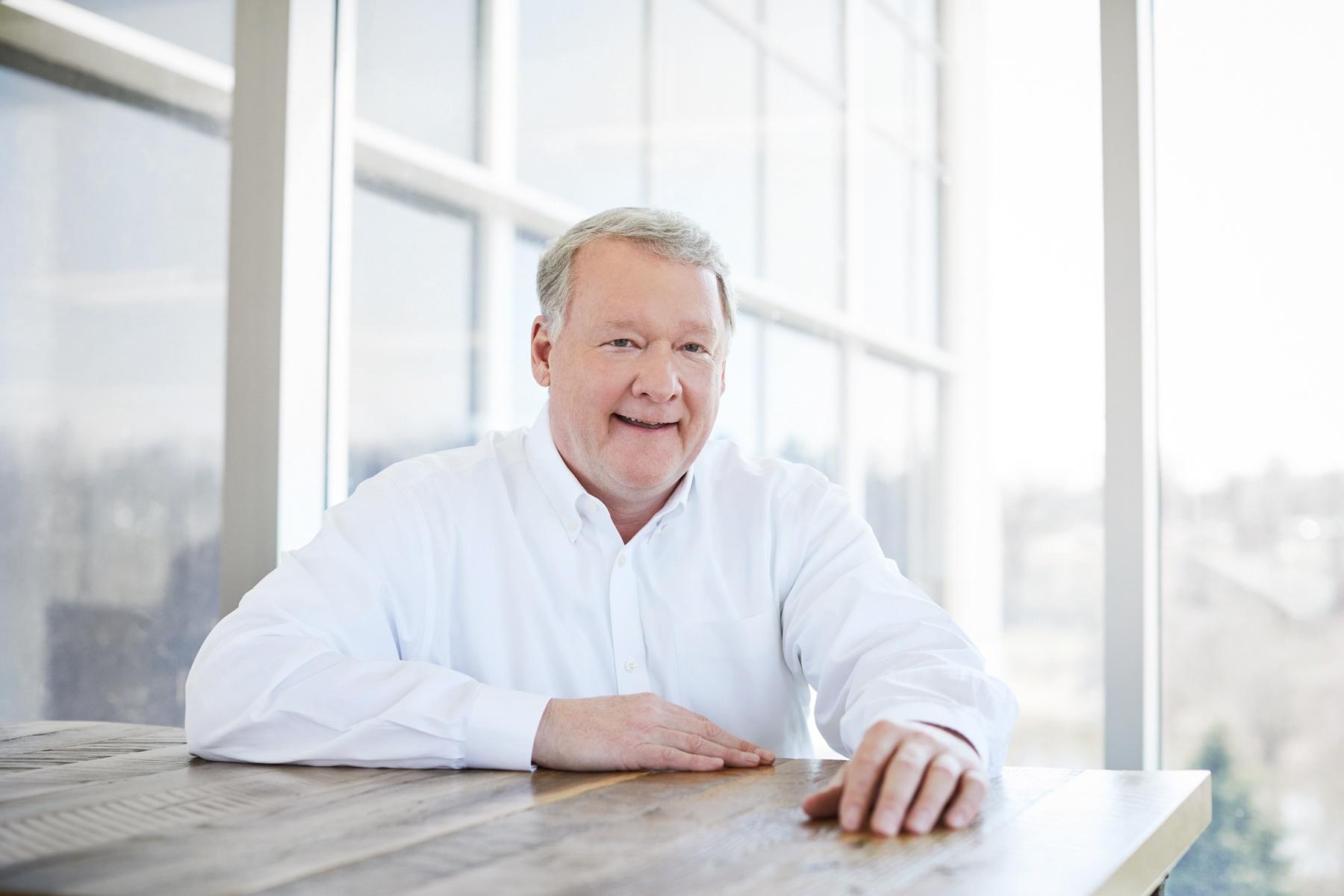 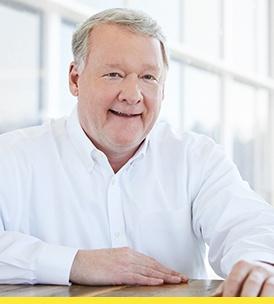 Daniel Soland joined Idera as Senior Vice President and Chief Operating Officer in January 2021. Mr. Soland previously served as the Chief Executive Officer of uniQure N.V. and, prior to that, Senior Vice President & COO of ViroPharma Inc. While at ViroPharma, Mr. Soland managed the commercial, manufacturing, and quality organizations, helped build the company’s commercial infrastructure in the U.S., Europe, and Canada, and led the launch of Cinryze® (C1 esterase inhibitor [human]), one of the most successful ultra-orphan drug launches in the U.S. Mr. Soland also served as President, Chiron Vaccines, of Chiron Corporation from 2005 to 2006 and led the growth of the vaccine business to over $1 billion in sales. From 2002 through 2005, Mr. Soland served as President and Chief Executive Officer of Epigenesis Pharmaceuticals. Earlier in his career, Mr. Soland worked for GlaxoSmithKline in increasing roles of responsibility, including as Vice President and Director, Worldwide Marketing Operations, GSK Biologicals. He currently serves on the Board of Directors of Acadia Pharmaceuticals, Inc., DBV Technologies SA, and KalVista Pharmaceuticals, Inc. Mr. Soland earned his B.S. in Pharmacy from the University of Iowa.

Cristina Csimma, Pharm. D., M.H.P. was appointed a member of Idera’s Board of Directors in April, 2019. Dr. Csimma currently serves as an independent Director of Neuralstem. Inc. and is a Board Director of T1D Exchange (non-profit-Type 1 Diabetes). She also serves on advisory boards including the Muscular Dystrophy Association Venture Philanthropy Scientific Advisory Committee; the Executive Oversight Board to the National Institutes of Health (NIH) NeuroNext Network, the Harvard and Brigham and Women’s Hospital MRCT Center External Advisory Board, and the TREAT-NMD Advisory Committee for Therapeutics (TACT). Dr. Csimma previously served as a director on the boards of Juniper Pharma, Vtesse Pharma, was the Executive Chair of Exonics Therapeutics, and was President, founding CEO and Board Director of Cydan Inc. She also served on the NIH Blueprint Neurotherapeutics Network External Oversight Committee, was Vice President of Drug Development at Virdante Pharmaceuticals Inc., Principal at Clarus Ventures LLC and held roles of increasing responsibility in Clinical Development and Translational Research at Wyeth, Genetics Institute and Dana Farber Cancer Institute.

Dr. Csimma holds both a Doctor of Pharmacy and a Bachelor of Science in Pharmacy from the Massachusetts College of Pharmacy and Allied Health Sciences, as well as a Master of Health Professions from Northeastern University.

Mr. Dougherty received a Bachelor of Science in Accounting from Villanova University.

James Geraghty was appointed a member of the Board of Directors and Chair of the Board in July 2013, a position he held until April 2021. Currently an Entrepreneur-in-Residence at Third Rock Ventures, Mr. Geraghty served as Senior VP, North America Strategy and Business Development at Sanofi, where he was a member of the Office of the CEO. Prior to joining Sanofi, he spent 20 years at Genzyme Corporation, where he helped introduce rare disease therapies around the world. His roles included Senior VP; President of Genzyme Europe, where he oversaw several new product launches; and General Manager of Genzyme’s cardiovascular business, where he guided the development of a recently approved antisense product. Mr. Geraghty also led strategic in-licensing transactions and divestitures. He was previously Chairman, President, and CEO of Genzyme Transgenics Corporation (now Revo Biologics), which he founded and took public. He also serves as Chairman of the Board of Juniper Pharmaceuticals and as a trustee of the Joslin Diabetes Center. He holds a J.D. from the Yale Law School, a Master of Science from the University of Pennsylvania, and a Bachelor of Arts degree from Georgetown University.

Mark Goldberg was appointed a member of the Company’s Board in January 2014. He served as a director of Synageva Biophamra from 2008 to 2011, stepping down to become a member of the executive management team from 2011 to 2014, rising to Executive Vice President, Medical and Regulatory Strategy during a portion of 2014. In late 2014 he stepped down from the executive management team and continued to be employed part-time, contributing to medical and regulatory strategy until leaving upon the acquisition by Alexion. Before joining the management team at Synageva, Dr. Goldberg served in various management capacities of increasing responsibility at Genzyme Corporation from 1996 to 2011, most recently as Senior Vice President for Clinical Development and Global Therapeutic Group Head for Oncology and Personalized Genetic Health. He was also the Chairman of Genzyme’s Early Product Review Board. While at Genzyme, he played a central role in the development and approval of some of the benchmark therapies for rare diseases, including Fabrazyme®, Aldurazyme®, Myozyme®, and Lumizyme®. Prior to joining Genzyme, he was a full-time staff physician at Brigham and Women’s Hospital and the Dana-Farber Institute, where he still holds appointments. Dr. Goldberg is a part-time Associate Professor of Medicine at Harvard Medical School. Additionally, he has been a member of the Board of Directors of Immunogen, where he has served on the governance and nominating committee since November 2011; a member of the Board of Directors of Glycomimetics since 2014; a member of the Board of Directors of aTyr Pharma and Blueprint Medicines since earlier in 2015; and a member of the Board of Directors of the New England Division of the American Cancer Society since 2010. Dr. Goldberg received his A.B. from Harvard College and holds a Doctor of Medicine degree from Harvard Medical School. He was on the Brigham and Women’s Hospital medical housestaff from 1981 to 1984 and completed his hematology/oncology fellowship at Brigham and Women’s Hospital and the Dana Farber Cancer Institute. Dr. Goldberg is a board-certified medical oncologist and hematologist and has more than 50 published papers.

Maxine Gowen was appointed a member of the Company’s Board in January 2016.  Dr. Gowen is the founding President and CEO of Trevena. Prior to this Dr. Gowen held a variety of leadership roles at GlaxoSmithKline (GSK) over a period of fifteen years. As Senior Vice President for the Center of Excellence for External Drug Discovery (CEEDD), she developed an innovative new approach to externalizing drug discovery in big pharma. Dr. Gowen was previously President and Managing Partner at SR One, the venture capital subsidiary of GSK, where she led its investments in and served on the board of directors of numerous companies. Until 2002 Dr. Gowen was Vice President, Drug Discovery, Musculoskeletal Diseases at GSK, responsible for drug discovery and early development for osteoporosis, arthritis and metastatic bone disease. Dr. Gowen held a tenured academic position in the School of Pharmacology, University of Bath, UK from 1989-1992.  She has authored more than 100 refereed scientific publications.

Vincent Milano joined Idera as Chief Executive Officer in December 2014. He previously served as Chairman, President, and Chief Executive Officer of ViroPharma, which was acquired by Shire Pharmaceuticals in January 2014. Under his stewardship, ViroPharma became a leading developer of innovative therapies for rare diseases, with the approval and commercialization of its lead product, Cinryze, for the treatment of hereditary angioedema in the United States and Europe. Mr. Milano currently serves on the Boards of Directors of VenatoRx Pharmaceuticals and Aclaris Therapeutics and is the Chairman of the Board for Life Science Cares Philadelphia. He received his Bachelor of Science degree in accounting from Rider College.

Ms. Carol Schafer was appointed a member of Idera’s Board of Directors in December of 2018. Ms. Schafer is a seasoned financial professional with more than 25 years of experience in investment banking and equity capital markets, as well as corporate finance and business development in the biopharmaceutical sector. Ms. Schafer most recently served as Vice Chair, Equity Capital Markets at Wells Fargo Securities. Prior to Wells Fargo, Ms. Schafer served as Vice President of Finance and Business Development at Lexicon Pharmaceuticals. Earlier in her career, Ms. Schafer served as an Equity Capital Markets Sector Head in her role as a Managing Director at J.P. Morgan. Ms. Schafer received a B.A. from Boston College and an M.B.A from New York University.

At Idera, we’re driven by what matters most: patients.